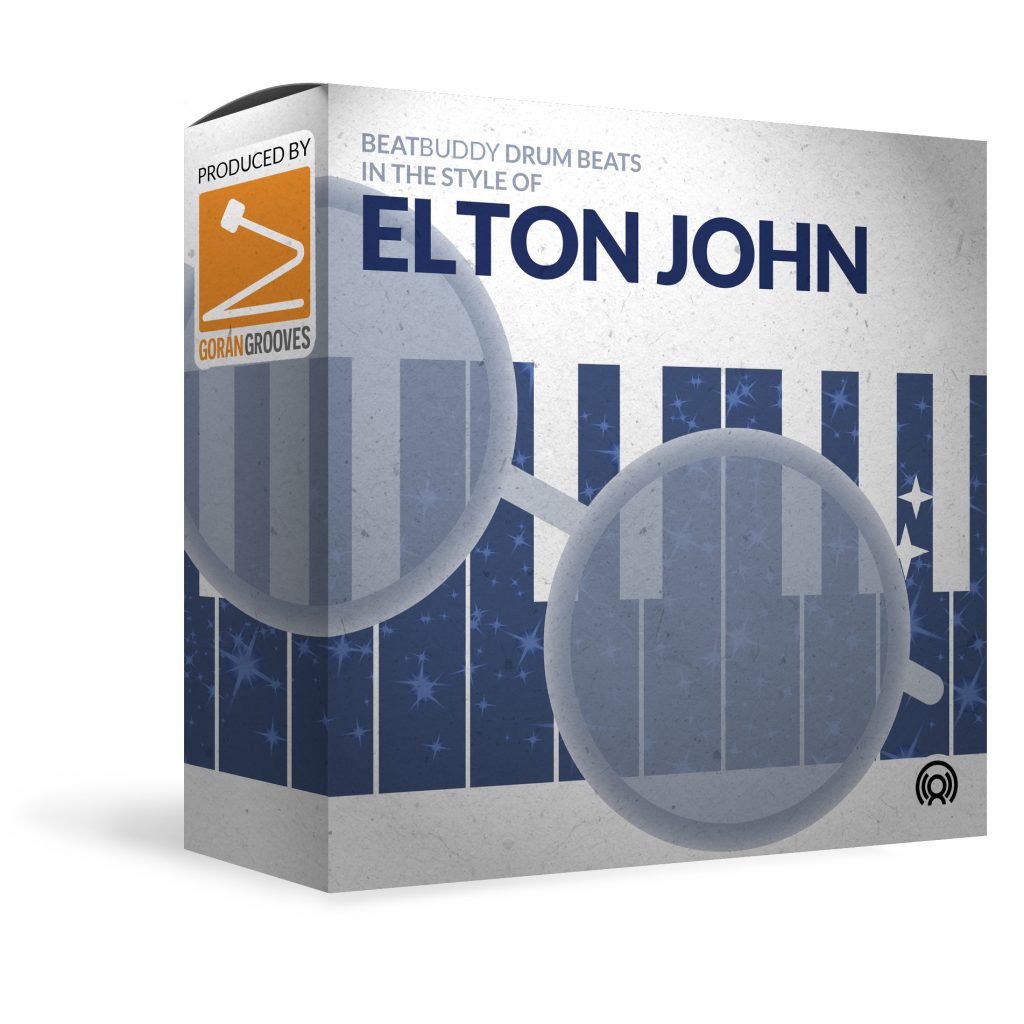 Elton John- Beats In The Style Of

Sir Elton John is a cultural icon, a cornerstone of the world of rock ’n’ roll. From his 1970 solo debut with the romantic ballad “Your Song,” John has crafted unforgettable hooks to accompany the lyrics of his longtime songwriting partner Bernie Taupin. Elton John has sold more than 300 million records, making him one of the best-selling music artists in the world.

Cool Fact: When he changed his name from Reginald Dwight, the singer chose a stage name that paid tribute to vocalist Long John Baldry and saxophonist Elton Dean. For a middle name, he picked Hercules.

While these songs will work with the default BeatBuddy drum kits, they were made to be used with the VINTAGE Ludwig kit for more authentic sound.