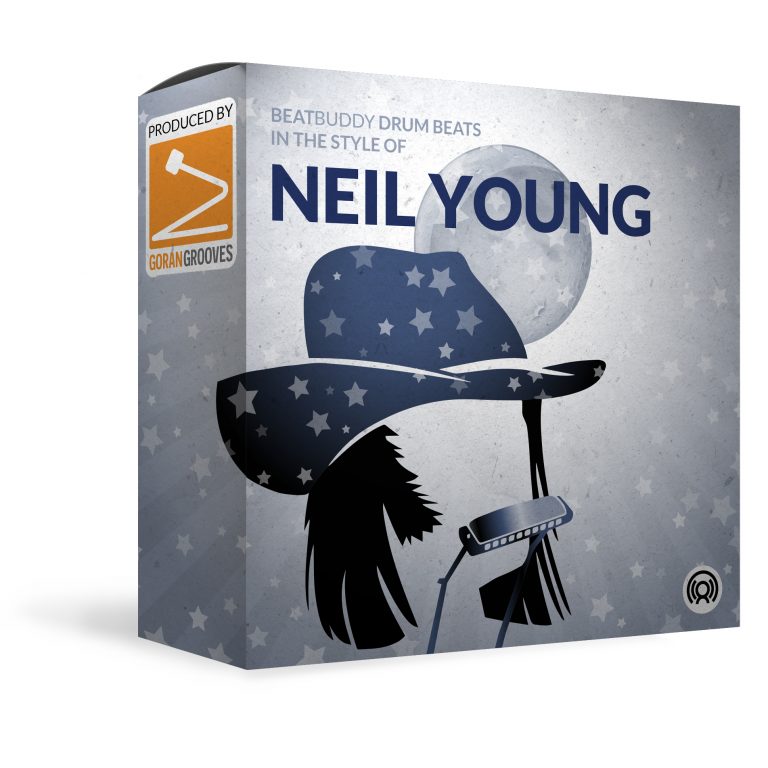 Neil Young- Beats In The Style Of

Young is a Canadian singer-songwriter, musician, producer, director, and screenwriter. After embarking on a music career in the 1960s, he moved to Los Angeles, where he formed Buffalo Springfield. From his early solo albums and those with his backing band Crazy Horse, Young has a steady stream of studio recorded and live albums.

Cool Fact: Although Neil Young is Canadian, his mother, Edna Blow Ragland “Rassy” Young, was a member of the Daughters of the American Revolution, meaning she could trace her lineage to individuals directly involved in United States’ independence.

While these songs will work with the default BeatBuddy drum kits, we recommend VINTAGE Ludwig kit for more authentic sound. * Harvest Moon must use Jazz Brushes drumset to achieve the original snare brush-sweep grooves.

This release is included in the Complete Collection 2021